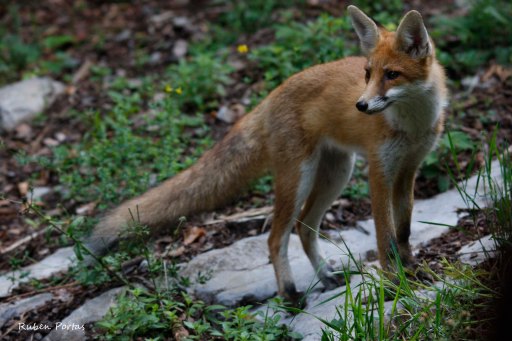 Red foxes (Vulpes vulpes) are native to boreal and western montane portions of North America but their origins are unknown in many lowland areas of the United States. Red foxes were historically absent from much of the East Coast at the time of European settlement and did not become common until the mid-1800s. Some early naturalists described an apparent southward expansion of native foxes that coincided with anthropogenic habitat changes in the region.

Alternatively, red foxes introduced from Europe during Colonial times may have become established in the east and subsequently expanded their range westward. The red fox also was absent historically from most lowland areas of the western United States. Extant populations of red foxes in those areas are considered to have arisen from intentional introductions from the east (and by extension are putatively European), escapes or releases from fur farms, or range expansions by native populations.

Although European red foxes translocated to the eastern United States during Colonial times may have contributed genetically to extant populations in that region, our findings suggest that most of the matrilineal ancestry of eastern red foxes originated in North America.

One thought on “The origin of recently established red fox populations in the contiguous United States: translocations or natural range expansions?”