Very interesting post by Jacquelyn Gill. I think that the key in this discussion is next sentence: “By 10,000 to 8,000 years ago, American horses had gone extinct, likely due to a combination of hunting and climate change.” More research is needed to clarify this point which is from my point of view the answer to the discussion.

The horse has a complex and fascinating environmental history. Wild horses have become such an icon of the American west that it’s easy to forget that humans introduced them to the continent five hundred years ago, during the age of European exploration. Horses quickly became part of Native American livelihoods and played an integral role in Western expansion, from Lewis and Clark’s expedition to the establishment of the open range ranching culture that still exists today. For centuries, horses played a central role in exploration and human livelihoods, until horse power was largely replaced by fossils fuels. Now, the human-horse relationship is shifting once again, and in contentious ways. 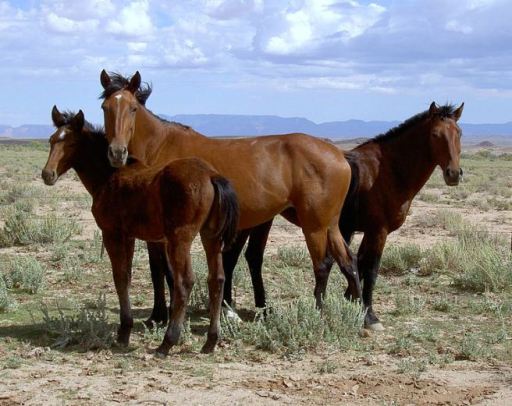 In this piece on wild horses published in Slate a couple of weeks ago, Warren Cornwall wrote about managing horses as an “invasive species.” Certainly, horses have been a continual source of controversy in recent decades, as American and Canadian land managers, animal rights activists, and ranchers fight

One thought on “Can we please stop calling wild horses invasive?”