The IUCN Red List of Threatened Species has been labelling the iconic lion as ‘vulnerable’ since 1996. Various estimates show that populations have been going down by about 30–50% over each 20-year period of the second half of the 20th century. Starting with a population of around 400,000 in 1950, lions are now down to around 16,500-47,000 living in the wild based on estimates from 2002–2004 (certainly less than that now).

What’s happening? Mostly habitat loss and conflicts with humans, as well as some disease outbreaks.

The best way to illustrate just how much things have changed for lions is with the map above. The red areas show the species’ historic range, while the blue areas show where they can be found today… Sad, isn’t it?

For more on this, see our previous article about the “catastrophic collapse” of lion populations in West Africa.

I trully hope that this beautiful animal will not be devanished one day. Theere is nothing like hearing the lion roaring from your tenth. I had this amazing feeling both in Botswana and Namibia and there is nothing compaable to it!

To end this post, some lion pics from my last trips 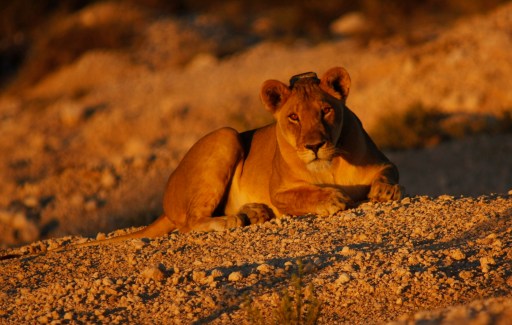